MoJo on the go

An edited version of this article appeared in Village magazine, April 2015 edition

Gerard Cunningham reflects on the hype at the MoJo Convention – the world’s first – held in Dublin at the end of March.

At one point during his workshop at MoJoCon, the mobile journalism conference organised by RTÉ in late March, BBC reporter Nick Garnett paused during his demonstration of the audio editing software he was using to edit the sound recordings he had made earlier. 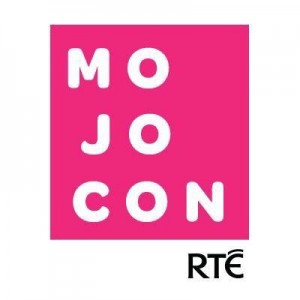 Garnett’s NoJo website opens with an impressive promise. “Recording an interview used to involve carrying a tape recorder that weighed the same as a new born baby. Now we can record, edit and mix – and broadcast live radio and TV from around the world. On a phone.”

Unfortunately, Garnett informed the audience, the company which made Voddio, the multi-track editing app he was demonstrating, had gone bankrupt, and the app was no longer available. In a world where Apple and Android have trained users to expect software to cost $1.99, the high functioning audio editor wasn’t a runner.

And there is a major problem faced by phone-only journalism advocates. While they might be technically capable of producing broadcast-standard audio (and video), smartphones are a consumer product, and apps are aimed at end users, not professionals.

But even allowing for the (temporary, we hope) absence of appropriate software, and settling for the moment for an inferior editor (in the hope that a new one comes along shortly) the improvement to workflow from switching to a single mobile device isn’t always that compelling.

The microphone on the latest iPhone, for example, is reasonably good, but still manages to sound somewhat tinny compared to most custom recorders. Several MoJos recommended different microphones to overcome the problem, just as many has their favourite lens attachments for improved video performance, but if a journalist is going to go down that road then there must come a point when when she asks whether it wouldn’t just be simpler to get a “proper” camera or sound recorder. The more traditional alternative becomes even more tempting when one considers that it’s been quite some time since the typical recorder weighed “the same as a new born baby”. The Zoom H2, a handheld recorder favoured by at least one prominent RTE broadcaster, weighs a mere 110g, a quarterpounder.

Smartphone are reporting tool does have some selling points, but they aren’t necessarily the tech. The tech – camera and audio – is “good enough”, but it isn’t necessarily the best. What it does have is familiarity. A microphone or camera can silence a witness, or make them selfconscious about what they say. A phone is familiar, and doesn’t spook people so much. And the phone is already wired in to the network. Sending the report to the studio is as simple as hitting the button marked “Send”.

It’s hard to shake the sense that MoJo is – so far at least – something of a gimmick for traditional broadcasters, who are simultaneously wary of and curious about broadbanders. RTÉ’s Philip Bromwell noted that the Irish national broadcaster is leading the way in the field, having transmitted over 50 pieces shot on mobile devices. But it is notable how many of those pieces were features rather than hard news reports. Examples of hard news produced on mobile tech were more like what is understood by “citizen journalism”, where people who are not professional reporters find themselves in places where conventional reporters cannot easily go – reporting a woman’s experience of life in Saudi Arabia, or a doctor’s experience in the middle of an Ebola virus outbreak.

A modern, slimline subcompact laptop fits easily in a kitbag. A reporter can still record on the smartphone of choice, or on a Zoom or other recorder or minicam. It is then trivial to transfer that raw file to the notebook over bluetooth (or by switching an SD card) where the file can them be edited using much more powerful custom software than available in an app store, and with the advantage of precision control rather than attempting to edit using stubby fingers and thumbs on a 5” or 6” screen. At that point, the thing that matters about moble journalism is the mobile journalist. The technology comes second.

Or as RTÉ documentary producer Ronan Kelly put it at MoJoCon: “Oftentimes, people who talk about the kit don’t have a story. The story always comes first.”